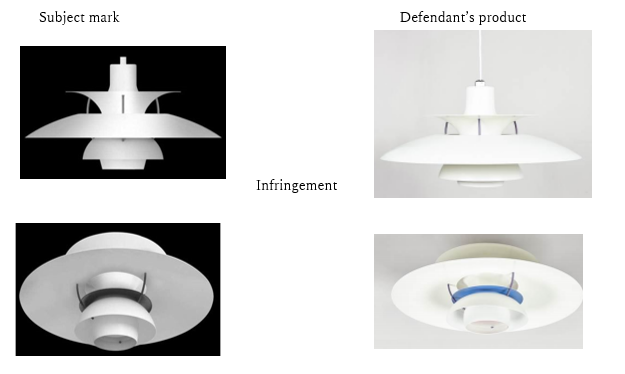 The court judged that the selling of the defendant’s products infringes the trademark right and thus, they should be confiscated and compensation for damage JPY4,412,586 and the late charge was admitted.

The enforcement was admitted based on the three-dimensional trademark right. Although the defendant made the assertion based on reasons for invalidation, they were all dismissed.

As an important point, the distinctiveness of the mark was disputed. Since the mark (shape) was considered to be well known as the plaintiff’s product among consumers, the distinctiveness was affirmed. In the judgment of the famousness, the uniqueness of the shape, the continuous selling for 40 years, the circumstances where the advertisement to impress the present mark has been repeated.

In addition, the defendant asserted that the plaintiff had registered the mark for the purpose of business interference, but the court did not accept the assertion because the act to eliminate counterfeit products is not unfair.

The three-dimensional shape of a product does not have inherent distinctiveness and thus, it cannot be registered in principle. In addition, since such shapes are normally protected by patents and design registrations, third parties are allowed to sell the products as long as such rights do not exist. However, a famous three-dimensional shape can be registered as a trademark and be problematic under the Unfair Competition Prevention Law. In the present case, the defendant began to sell their products based on their understanding in which they were free to sell them because of no patents, design registrations or trademark registrations, but they became unable to sell them later. Although this seems to be a little pity, there is no excuse for the ignorance of the Trademark Law and Unfair Competition Prevention Law. 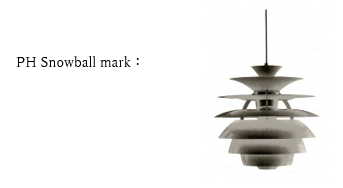 By making a comparison between these two cases, we can say that the conclusions varied depending on whether the advertisements to impress the shape in a conspicuous manner had been repeated. It is said that in general market share figure is important for the famousness to be accepted. However, the case (PH5) is remarkable because the court held that the fact in which the market share figure was about 0.04% does not lead to the acquisition of distinctiveness.

In addition, while the JPO tends to take fully into account the period of use, the IP High Court does not do so much, and the conclusions of the case (PH Snowball) accord to these trends. For the plaintiff of the infringement law suit, it would have been better to apply for the three-dimensional marks of PH5 and PH Snowball more than 5 years ago. If the plaintiff had done so, the assertion of invalidation based on the non-distinctiveness could have not been made due to the pass of the incontestability period (5 years). Besides, the case might have been to a settlement before the law suit.

Login to quote this blog

You cannot quote because this article is private.